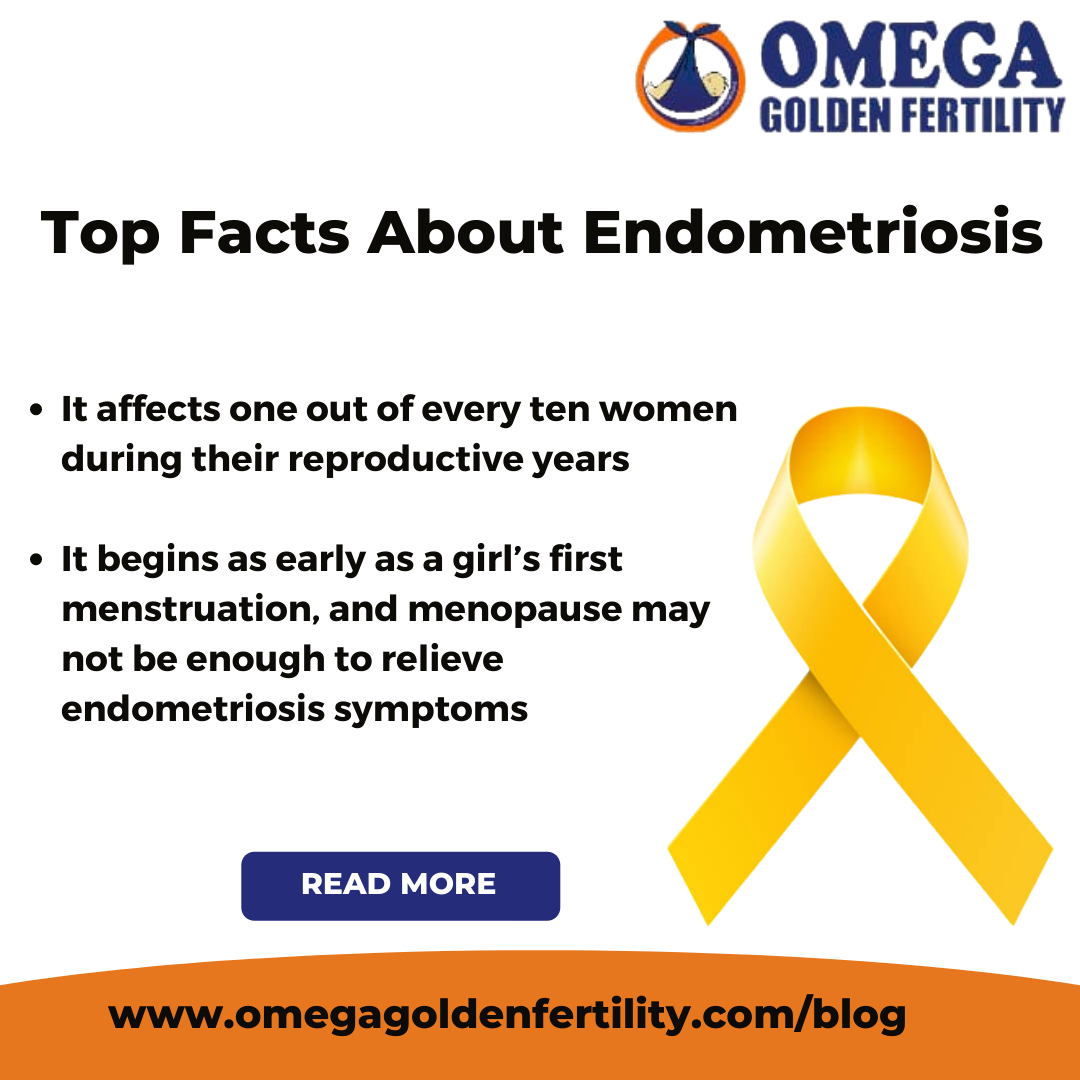 Endometriosis is a disorder in which tissue that resembles the uterine lining (known as “the endometrium”) is present outside the uterus, where it causes a chronic inflammatory reaction that can lead to scar tissue.

It is primarily present on the peritoneum of the pelvis, the ovaries, the recto-vaginal septum, the bladder, and the colon.

It has been identified on the diaphragm and in the lungs in extremely uncommon situations.

Endometriosis affects one out of every ten women during their reproductive years (typically between the ages of 15 and 49), totaling about 176 million women worldwide.

Endometriosis, on the other hand, can begin as early as a girl’s first menstruation, and menopause may not be enough to relieve endometriosis symptoms – especially if the woman has scar tissue or adhesions from the disease or surgery.

Difficult periods, painful ovulation, discomfort during or after sexual intercourse, excessive bleeding, persistent pelvic pain, exhaustion, and infertility are among symptoms of endometriosis, which can have a negative impact on one’s overall physical, emotional, and social well-being.

Due to a “normalization” of symptoms, both women and health care providers are unaware of the symptoms, which causes a considerable delay between when a woman first feels symptoms and when she is recognized and treated.

There is no known cure, and while medications can effectively treat endometriosis, most of them are not suited for long-term usage due to negative effects.

Endometriosis lesions and scar tissue can be removed with surgery, although success rates are based on the severity of the disease and the surgeon’s abilities.

Although pregnancy can alleviate symptoms, it is not a cure for the disease.
Hysterectomy, which involves surgically removing all of the illness at the same time, can reduce symptoms but isn’t always a “cure-all.”

While removing the ovaries at the same time as a hysterectomy increases the chances of pain relief, it also causes instant menopause.

Endometriosis has no known etiology, however, it is extremely likely that certain genes predispose women to the illness.

If a woman’s mother and/or sister(s) have endometriosis, she is at a higher chance of acquiring it herself.

It’s probable that the age at which a woman’s menstrual period begins, other gynecologic issues, and environmental exposures all play a role in whether she’s affected.

When it comes to dioxin exposure, the evidence has been sparse (an environmental pollutant)

Exacerbation of symptoms owing to PCBs is now supported by some data.

Although some studies have connected endometriosis to the development of ovarian cancer, the link is not conclusive, and the absolute risk for a woman with endometriosis is extremely low.

Endometriosis cells have been found next to ovarian cancer cells, however, the latter has not been confirmed to be a cancer precursor.

Despite the fact that endometriosis is linked to inflammation and immunological problems, it has not been established to be an autoimmune disease.

With an estimated 190 million women impacted by the terrible effects of endometriosis around the world, it’s a shame that so little money is being invested in basic research so that the life-altering realities of endometriosis can be avoided in future generations. We hope you found this piece informative? be on the look out for our subsequent blog posts. You can subscribe to our mailing list or follow us on Twitter and Facebook for more regular updates